Vatican II: The Experience and the Event

In the fifty years since the start of the Vatican II Council, its importance and impact for the Church and her faithful has continued to grow. There has been much dialogue and debate about the good things and the bad things that the Council brought to the Catholic Church in America. This course will give students an opportunity to reflect upon the Council’s importance and to consider how one can view the Council fifty years hence. The course’s primary content is a public lecture given by Rev. Joseph Komonchak at the University of Notre Dame on Thursday, October 10, 2002. The lecture draws upon his personal experience of being in Rome during the Second Vatican Council. Rev. Komonchak reminds listeners to recall the Council as both an experience and as an event, and he elaborates on what he views as the “revolutionary consequences” of this historic council. Rev. Komonchak’s lecture is approximately one hour long and will be viewed in segments over three weeks of the course. The lecture text will be provided as well as other reading and resource material.

2 to 4 hours per week, depending on your learning style and schedule.

A certificate of completion awarding 15 contact hours will be sent upon completion of all course requirements. 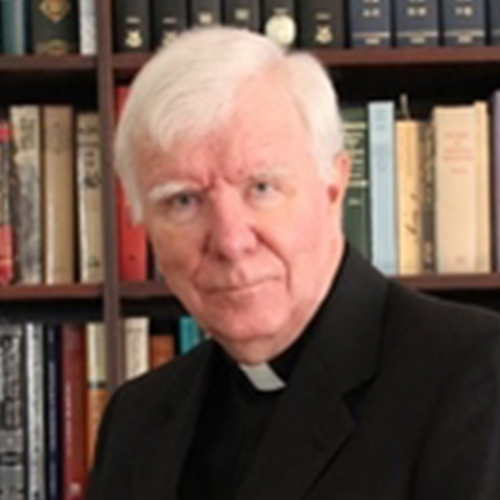 Fr. Joseph Komonchak is a priest of the Archdiocese of New York and now holds the John and Gertrude Hubbard Chair in Religious Studies at The Catholic University of America. Ordained in 1963, he received his Licentiate in Sacred Theology at Gregorian University, Rome, in 1964 and his Doctorate in Philosophy at Union Theological Seminary, New York, in 1976. He taught theology at St. Joseph's Seminary, Dunwoodie, from 1967-1977, when he joined the faculty of the Department of Religion and Religious Education at Catholic University, where he teaches courses on ecclesiology, modern theology, the thought of John Courtney Murray, and the history and theology of Vatican II.

He has published many articles on these subjects. He was chief editor ofThe New Dictionary of Theology and is editor of the English-language edition of History of Vatican II. A collection of his essays was published asFoundations in Ecclesiology.