This course examines the sixteenth-century Reformation and the Catholic Church’s response, the so-called Counter-Reformation, in continental Europe. It places the Reformation in its historical and cultural context, beginning with the study of the late medieval Church and its self-perceived problems and deficiencies. It then analyzes the way in which different reformers proposed to address and solve those problems and deficiencies. The story of England is excluded here. The fact that it was the king (Henry VIII), who spearheaded the Reformation efforts there as well as his unique motivation for overthrowing papal authority (his need for divorce) make for an entirely different narrative, one that would make the present course entirely too long while adding little to our understanding of the Reformation’s debates, conflicts and consequences.

The course begins with a sketch of the fifteenth century Church, its leading thinkers and prevalent traditions, highlighting some of the ongoing abuses and internal conflicts, many of which surfaced again in the sixteenth century. In unit 2, we turn to the first attempts at reforming the perceived abuses as exemplified by the magisterial reformers, Martin Luther, John Calvin and Huldrych Zwingli, discussing their reform efforts, successes and disagreements. In unit 3, we consider the Church’s response to those efforts, both internal and external, and its attempts to stay the growing influence of Protestant ideas. But there was little agreement among the Protestant reformers, and unit 4 is dedicated to the main events and controversies of the radical reformers, that is reformers who thought that the mainstream (magisterial) reforms made too many concessions to political considerations and were more interested in keeping the peace than in promoting “true belief.” In unit 5, we consider the Church’s response to the three decades of reform as encapsulated in the decisions of the council of Trent, sketching the outlines of post-Tridentine Catholicism and exploring some of the intended and unintended consequences of the Protestant Reformation.

In addition to key figures and events, the lectures delve into the most important and divisive theological issues of the day: salvation, the Bible, sin and grace, and the nature of authority in the Church. All lectures are organized around readings from primary sources. This allows the sixteenth-century actors to speak in their own voices and helps students appreciate them as fellow believers on a quest for religious truth.

Unit 4: Discontent with the Protestant Mainstream and the Rise of the Radical Reformation

Unit 5: The Council of Trent and the Unintended Consequences of the Reformation 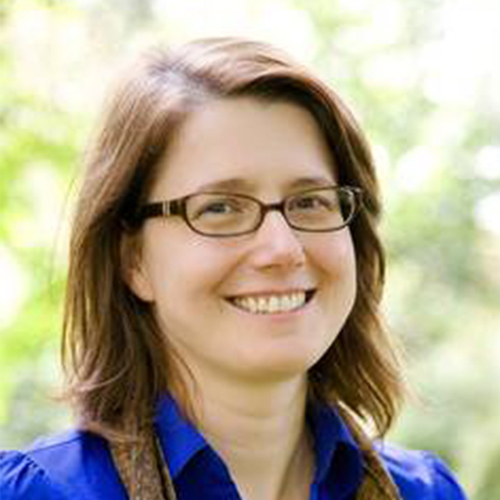 Marcela K. Perett holds a Ph.D. in medieval history from Notre Dame. She is especially interested in the history of the Church, early and medieval; her current research focuses on reformers (and heretics) of the medieval Church. She also holds a master's degree in theology and in medieval studies, both from Notre Dame. Marcela has recently started a new job, teaching at the European College of Liberal Arts in Berlin, Germany.