Mary as Mother: A Symbol of Life and Hope for Christians

Mary is a classical figure in the Christian tradition, meaning that as a symbol of the faith she possesses both a permanence and an excess of meaning for our lives. This course is aimed at deepening one’s understanding of Mary’s mystery for Christian faith. Covering the whole of the Church’s history of theological reflection on Mary and the development of Mariological doctrine, this course will build upon previous foundations by inviting the participant to become actively engaged in the process of historical theology—of listening to how the human voices of the past speak to us today. Covering everything from the Gospel narratives and patristic theology, to the development of catholic dogma and devotional practice, this course will challenge the participant with the questions: Who is Mary? And who is she for Christians today? 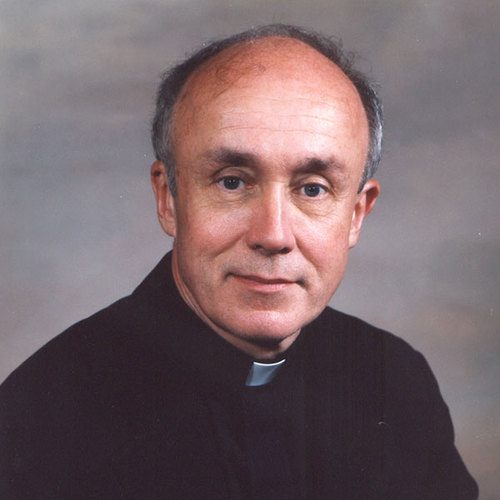 Fr. Daley is a historical theologian, who specializes in the study of the early Church, particularly the development of Christian doctrine from the fourth to the eighth centuries. He has prepared a critical edition of the works of the sixth-century Greek theologian Leontius of Byzantium, which is to appear in the series "Corpus Christianorum," and has written a number of articles for scholarly journals on ancient Christology, Trinitarian theology and eschatology. His most recent books are The Hope of the Early Church, (1991) and On The Dormition of Mary: Early Patristic Homilies, (1997),Gregory of Nazianzus (2006) [in the series, The Early Chuch Fathers], and translated Hans Urs von Balthasar's book, Kosmische Liturgie, as Cosmic Liturgy: the Universe According to Maximus the Confessor (2003). Presently he is working on a commentary on the Book of Psalms drawn from Patristic exegetical sources. In January and February, 2002, he delivered the annual D'Arcy Lectures in the University of Oxford, a series entitled: God Visible: Patristic Christology Reconsidered. The lectures should appear as a book before long. A past president of the North American Patristic Society, he is an editor of the scholarly journal Traditio, and also serves on the editorial board of the Journal of Early Christian Studies. He has been a trustee of Le Moyne College, Boston College, Georgetown University and Fordham University, and is executive secretary of the Orthodox-Roman Catholic Consultation in North America.