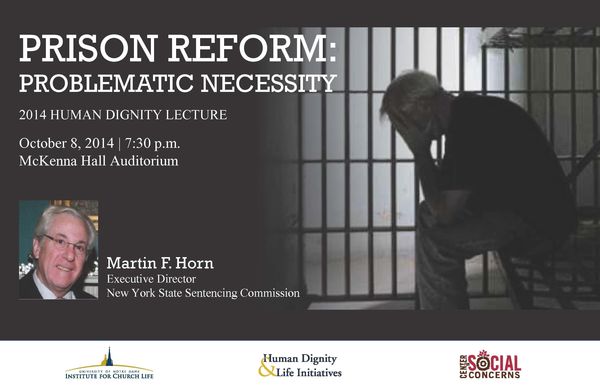 Join Martin F. Horn, a Distinguished Lecturer in Corrections at John Jay College and the Executive Director of the New York State Sentencing Commission, for the fourth annual Human Dignity Lecture. Mr. Horn will examine the flawed character of the prison, and assert that imprisonment runs counter to human nature and because of that the prison has been and will always be a flawed institution. He will assess the historicalof efforts of  prison reform and suggest ways in which prison reform ought to be approached within a democratic.