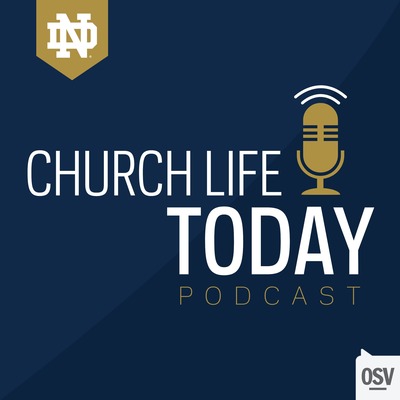 Are priests and bishops in the United States flourishing? How well do priests trusts bishops, or, more to the point, their own bishop? To whom do priests turn for support?––on whom do they rely? What are priests’ views of the policies and procedures surrounding accusations of abuse? Do priests worry about false accusations being brought against them? Are priests burned out? If so, which priests?

These are all questions which a national survey of over 3500 priests and 160 bishops sought to answer. The National Study of Catholic Priests was conducted by sociologists at the Catholic University of America, and specifically through The Catholic Project: an initiative that seeks to foster effective collaboration between the laity and clergy in the wake of the sexual abuse crisis. My guest today is the Executive Director of The Catholic Project, and he will share with us some of the most important results of their study.

Stephen White has served in his current role leading The Catholic Project at CUA since 2019. Previously, he served as executive producer of the award-winning podcast, Crisis: Clergy Abuse in the Catholic Church. He is a fellow in Catholic Studies at the Ethics and Policy Center in Washington, DC, and the author of Red, White, Blue, and Catholic, published by Liguori in 2016. His articles have appeared in a number of outlets and websites, included The Weekly Standard, First Things, America Magazine, and The Catholic Herald.

Church Life Today is a partnership between the McGrath Institute for Church Life at the University of Notre Dame and OSV Podcasts from Our Sunday Visitor.