The story of the McGrath Institute for Church Life began in 1970 when Notre Dame President Fr. Theodore Hesburgh C.S.C. invited Monsignor John J. Egan to spend a sabbatical at the University of Notre Dame. By July of 1976, Fr. Hesburgh had combined many of Msgr. Egan's Chicago-based urban ministry projects with several campus initiatives and established the "Center for Pastoral and Social Ministry" with Msgr. Egan as the founding director. Renamed the "Institute for Church Life" in 1993, the collaboration initiated by Fr. Hesburgh and Msgr. Egan represented the University's efforts to serve the needs of the Church by bringing together various programs under one roof.

In 1997, Notre Dame Provost Nathan Hatch turned to Dr. John C. Cavadini, then Chair of the Theology Department, to direct the Institute. When Dr. Cavadini became the director of the Institute for Church Life in 2000, he announced three new objectives for the Institute: increased visibility at the national and University levels, diversification of projects and initiatives and closer ties to other Notre Dame departments and institutes. Under Dr. Cavadini's direction, major gifts allowed for the construction of Geddes Hall and the launch of several new McGrath Institute initiatives and programs. 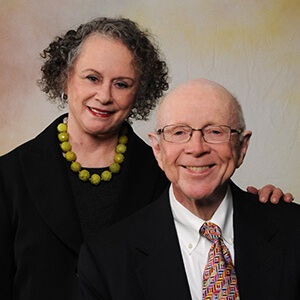 Thanks to the exceptional generosity of Bob and Joan McGrath, the Institute is poised to become the pre-eminent source of creative Catholic content and programming for the new evangelization. Building on our legacy of connecting the Catholic intellectual life at Notre Dame to the life of the Church, the McGrath Institute for Church Life will continue to be a collaborative partner with Church leaders at all levels by providing the theological tools they need to address pressing pastoral problems.