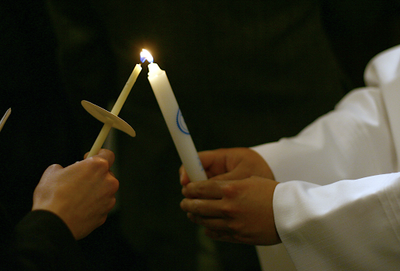 A Call to Action

Public concern about the sexual abuse scandal in the Church intensified following the release of the Pennsylvania Grand Jury report and the disclosures around the sexual harassment and abuse of seminarians by former Cardinal Theodore McCarrick. In an effort to respond thoughtfully to the ongoing crisis, the McGrath Institute for Church Life at the University of Notre Dame commissioned a study, the first of its kind, of sexual harassment and misconduct at seminaries. The study was conducted by the Center for Applied Research in the Apostolate (CARA) and jointly designed by a group of sociologists and theologians convened by the McGrath Institute. The survey asked seminarians to respond anonymously to a survey regarding the prevalence, or lack thereof, of sexual harassment and misconduct in their seminary or house of religious formation. The high response rate to the survey ensured that the data was statistically very reliable.

The final study, “Assessing Sexual Harassment, Abuse, and Misconduct at U.S. Seminaries,” was released in June 2019 (Notre Dame press release). On the one hand, the results were encouraging. Many had understandably worried that the picture that emerged of seminary culture from the reports about McCarrick from some 20 years ago still held true today. However, the results of the survey of seminarians indicated that the reforms undertaken in many seminaries and religious houses of formation had had an impact.

Among the seminarians responding to the survey, 87% of seminarians said that sexual harassment was “not a problem at all” or “a little problem.” By contrast, 6% said it was a “problem” (4%) or a “big problem” (2%), while 7% were uncertain. And 6% of seminarians responded that they had personally experienced sexual harassment (with 5% saying they were “unsure”). There is no exactly similar study for the purposes of comparison, but these numbers are lower than some of the roughly comparable studies in other educational domains. This indeed is a kind of vindication of those who have been working hard on reforming seminary and formation culture over the last 20 years. Still, we must hold ourselves to a higher standard. A 6% incidence is not negligible and shows that work remains to be done.

Of great concern, the study revealed that there is low awareness around seminary processes for reporting sexual misconduct. Fewer than 60% of seminarians responding reported they were “very aware” of policies and procedures of the seminary concerning sexual misconduct, and only 32% of those who personally experienced harassment and abuse reported it. An additional 17% said they reported “some but not all” of their experiences, but that leaves 53% who did not report anything. Further, only 24% of those who reported misconduct responded that their report was taken “completely” seriously, while 18% said, “for the most part,” adding up to less than half. Most notably, the study found that “Those reporting experiences of sexual harassment, abuse or misconduct involving a seminary authority … are least likely to say that their allegations were taken ‘completely’ seriously or seriously ‘for the most part.’” Also, just less than half of U.S. seminaries and houses of formation participated in the survey, despite guarantees of anonymity. And, while we got a large enough response to be reliably statistically significant, it is concerning that more than half did not allow their seminarians or men in formation to participate.

At the McGrath Institute, our hope in undertaking this research was to use it to propose steps forward based on the specific needs uncovered by our rigorous research process. The results show that the most important improvement needed at this time is an improved protocol for reporting abuse and harassment, along with improved education regarding that policy and regarding what sexual harassment is in the first place. Other needs were identified by the seminarians who responded, and these can be found in the study for those who are interested. In due course, we intend to turn our attention to these needs as well, but for the time being we are focused, and we call others to be focused, on the most salient need which the seminarians themselves have identified.

Accordingly, in February, 2020, the McGrath Institute convened a small group of bishops, seminary rectors and faculty, and expert lay consultants, to form the McGrath Seminary Study Group, and, though the pace of our work was hampered by the onset of the Covid pandemic and the restrictions on travel and expenditures appropriately imposed by many universities and schools, including our own, we worked to come up with some kind of universal gold standard for prevention and reporting policies that we could confidently recommend to seminaries for adoption and implementation.

Our discussions quickly established that a “one-size fits all” policy was neither desirable nor realistic. We then tried to distinguish the principles that would underlie such a protocol, and to build standards, in the style of the Association of Theological Schools accreditation standards, to reflect the principles and guide policy construction. But ultimately this seemed premature to us, since such standards are quite elaborate and particular and we don’t know enough about the many different local situations and jurisdictions to have confidence in proposing standards at such a level of detail. Instead, the study group developed a set of “benchmarks” to which seminaries could publicly commit themselves, implementing them in specific policies appropriate to their situation.

Herewith we present the benchmarks we propose. And with our proposal comes a call to action. We hereby call upon all seminaries and houses of religious formation to publicly commit to these benchmarks and to revise and update their own policies to reflect them, if they do not already do so.

We at the McGrath Institute for Church Life, and the undersigned members of the McGrath Seminary Study Group, pledge to work to encourage and assist seminaries to adopt these benchmarks and to encourage all of those in authority over seminaries and religious houses of formation to see to it that those in their jurisdiction conform to what we hope can serve as a “gold standard.”

I want to remind everyone that these needs were identified by seminarians in a study that was completely anonymous – with the anonymity extending not only to the seminarians themselves but to their seminaries, thus greatly diminishing the fear of any retribution. May we hear their voices! And hopefully, in a few years when (as we plan), our seminary survey is re-administered, we will find that positive changes have taken effect. Our main message in this Call to Action is that our research indicates we are not stuck in the past, we have been moving forward, and we have the power to keep and to increase this momentum, for the building up of the One Body and Spouse of the Lord Jesus Christ, His Church.

Benchmarks for Seminary and House of Formation Sexual Misconduct Policies

1. Systematic Training - Seminarians, faculty, and staff must be trained consistently and repeatedly (at least annually, and upon starting at the seminary), regarding policies on sexual harassment, especially reporting procedures, definitions, and the investigative process, including possible outcomes and follow up.

2. Reporting and Investigation - Reporting systems must include both internal reporting procedures as well as the ability to report issues to an agency outside of the seminary structure that is independent of the seminary or any other structure that can affect the reporter in a way that might discourage them from coming forward. Independent investigators should have some knowledge of Catholic seminaries and ecclesial norms.

3. Victim Support - Must have a sufficiently independent process to support victims/reporters as the process works through issues (e.g. Victim Assistance Coordinator) that is also able to protect the confidentiality of the investigation and guard against retaliation. Appropriate spiritual direction and counseling, etc., should also be available.

4. Proactivity - Policy should create periodic queries to allow seminaries to assess their culture in terms of policy understanding among seminarians, faculty, and staff, as well as to provide direct opportunities to report any issues so that they may be addressed. These internal assessments of seminary culture should include not only sexual misconduct, but a broad range of potentially improper relationships between all seminary students, faculty, and staff.

5. Consistency and Portability - Policies may be implemented in different ways, but they should remain in accord with common principles so that while procedures may differ somewhat based on local resources or conditions, they should be "portable," that is, provide consistent and understandable protection for the variety of assignments and venues in which seminarians may be assigned (for example, parish assignments).