What is the St. Albert Initiative?

The St. Albert Initiative is a half-day program on science and faith for Catholic high school students, teachers, and parents as well as interested members of the general public (high school age and above). It will feature short talks by Catholic scientists and the opportunity to meet, eat with, and ask questions of Catholic scientists in many fields and at various stages of their careers.

This initiative is named after St. Albert the Great, bishop, scientist, philosopher, theologian, teacher, and patron saint of natural science and scientists.

The St. Albert Initiative is sponsored by the Science and Religion Initiative of the McGrath Institute for Church Life, the Society of Catholic Scientists (SCS), and the Collegium Institute, with funding by grants from The John Templeton Foundation.

If you have any questions about this initiative, please contact Heather.

Each person coming should register individually.

Does it Cost Anything to Register?:

Brief Descriptions of the Lightning Round Talks:

Stephen M. Barr is President of the Society of Catholic Scientists and Professor Emeritus of theoretical particle physics at the University of Delaware. He received his Ph.D. from Princeton University in 1978. His research has centered mainly on “grand unified theories” and the cosmology of the early universe. In 2011, he was elected to be a Fellow of the American Physical Society “for his original contributions to grand unification, CP violation, and baryogenesis”. He writes and lectures extensively on the relation of science and religion. He is the author of Modern Physics and Ancient Faith (Univ. of Notre Dame Press, 2003) and The Believing Scientist: essays on science and religion (Eerdmans, 2016). He was elected in 2010 to the Academy of Catholic Theology and was awarded the Benemerenti Medal by Pope Benedict XVI.

David A. Brown, S.J., is an astronomer at the Vatican Observatory. He received his Ph.D. in Astrophysics from the University of Oxford in 2008. Fr. Brown joined the Vatican Observatory in November 2008, where he continues to work on various aspects of stellar evolution. His research is primarily from a theoretical perspective, seeking to study star formation mechanisms in different environments, including in the Galactic field, open and globular clusters, and elliptical galaxies. He also serves as caretaker of the telescopes of the Vatican Observatory in Castel Gandolfo.

Heather Foucault-Camm is Project Director at the McGrath Institute for Church LIfe at the University of Notre Dame. She received an M.Sc. in Physical Chemistry from University of Ottawa in Canada and a PSGC in Science Education from University of Leeds in the UK, has completed the program for the National Certificate in Health Care Ethics from the NCBC, and is working towards an M.A. in Theology at the University of Notre Dame. A veteran science teacher and curriculum expert, she has created and implemented a high school course with a two-part focus on the Church’s historic relationship with science and bioethics..

Maureen Condic is an Associate Professor of Neurobiology at the University of Utah, with an adjunct appointment in Pediatrics. She received her doctorate from the University of California, Berkeley. Her research focuses on the role of stem cells in development and regeneration and has been recognized by both the Basil O'Connor and the McKnight awards. She is currently a member of Pontifical Academy for Life, and in 2018, was appointed by the President of the United States to the National Science Board. Dr. Condic is co-author of Human Embryos, Human Beings (CUA Press, 2018), which explores the nature of the human embryo from a scientific and philosophical perspective, and the author of Untangling Twinning (Univ. of Notre Dame Press, 2020), which considers the biological and philosophical issues raised by human twinning. Dr. Condic participates in both graduate and medical education, having taught Human Embryology in the Medical School for 20 years. She has presented over 250 seminars and interviews, both nationally and internationally, on science policy, bioethics and her own research. Dr. Condic is a Director of the Society of Catholic Scientists.

Timothy Dolch is Associate Professor of Physics at Hillsdale College. He received his B.S. from Caltech and his Ph.D. in Physics & Astronomy from the Johns Hopkins University in 2012. Before joining the faculty of Hillsdale College, he held postdoctoral positions at Oberlin College and Cornell University, both with the North American Nanohertz Observatory for Gravitational Waves (NANOGrav) collaboration. In NANOGrav he chairs the Education and Public Outreach Working Group. He is also a research scientist with Eureka Scientific, Inc. Primarily a transient radio astronomer, his research focuses on pulsars and using them as tools to detect gravitational waves from merging supermassive black holes. He is an author on 49 refereed publications and has taught courses in quantum mechanics, general relativity, computational physics, and astronomy. With Hillsdale students, he constructed the Low-Frequency All-Sky Monitor, an on-campus radio telescope.

Cory Hayes is a professor of Philosophy and Theology at St. Joseph Seminary College in Covington, Louisiana. He holds a Ph.D. in Systematic Theology from Duquesne University in Pittsburgh. He has lectured widely for the Science and Religion Initiative of the McGrath Institute for Church Life of the University of Notre Dame. Prof. Hayes’s research and teaching interests include Byzantine and Eastern Christian theology, Philosophy of Nature, and the relation between Catholic theology, philosophy, and empirical science. He a member of the Theological Advisory Committee of the Society of Catholic Scientists.

Stephen Patrick Joly, O.P., Ph.D., is a perpetually professed member of the Dominican Sisters of Mary, Mother of the Eucharist. She earned her Ph.D. in Cell and Microbial Biology from The Catholic University of America in 2018. Her dissertation was titled “Identification of SUP5: A Protein that Interfaces with the Deviant ATP-Binding Site of the Yeast Pdr5 Multidrug Transporter.” Sr. Stephen Patrick is currently a high school science teacher at Lansing Catholic High School and has taught Honors and

Daniel Kuebler is the Dean of the School of Natural and Applied Sciences at Franciscan University, where he is also a Professor of Biology and is responsible for teaching courses in evolution, cell biology, and science and faith. He received his Ph.D. in Molecular and Cell Biology from the University of California at Berkeley. His biological research involves studying adult stem cells in bone marrow and adipose tissue for use in orthopedic treatments. He is the co-author of a book entitled The Evolution Controversy: A Survey of Competing Theories (Baker Academic), which is a scientific critique of the various theories of evolutionary thought and is currently working on a book examining the integration of Catholic teaching and evolution. He has presented and published academic papers regarding evolution and faith and has authored a variety of popular articles on science, evolution, and religion.

Natasha Toghramadjian is a fourth-year PhD student at Harvard University studying geophysics, with a focus on earthquakes and strong ground motion predictions. Funded by a U.S. Fulbright Research Grant, she spent 10 months in Armenia as a geophysical researcher on the NSF-funded, Caucasus-wide “Transect Project,” designing a collaborative statistical seismology study on reservoir-triggered earthquakes and aiding in the deployment of 100+ new seismic stations and analysis of incoming seismic data for tomographic modeling of the Caucasus’ crustal and mantle structure. She has done several field studies in the Seattle area. Her research is supported by the NSF Graduate Research Fellowship and Harvard Ashford Fellowship. She is a student member of the Society of Catholic Scientists.

(The following speakers are also presenting posters: Barr, Foucault-Camm, Dolch, Joly, Kuebler, and Toghramadjian. Their biographies are given above.)

Peter Dodson is Professor Emeritus of dinosaur paleontology and veterinary gross anatomy at the University of Pennsylvania. He holds a Ph.D. in geology and geophysics from Yale University (1974). He also holds a B.Sc. (geology) from the University of Ottawa and an M.Sc. from the University of Alberta. He has taught for 47 years at University of Pennsylvania. He has participated in many field projects in the U.S. and Canada, as well as in Madagascar, Egypt, Argentina, India and China. With his students he has named seven genera (kinds) of dinosaurs: three from the United States, three from China and one from Egypt. He is the author of more than 100 scientific papers, co-editor of The Dinosauria, (1990; 2004); author of The Horned Dinosaurs (1996); and of several children’s books, including An Alphabet of Dinosaurs (1996).

Asishana Onivefu is a Ph.D. student in Analytical and Physical Chemistry at the University of Delaware, where his research focusses on surface chemistry.

Mariel Ortega is a Wildlife Ecologist at Edward Aquifer Authority. She received her Bachelors degree from Texas A&M University in 2022. She has done avian research within the broader fields of Wildlife Ecology, Avian Behavior, and Conservation.

Christopher Raub is Assistant Professor of Biomedical Engineering at Catholic University of America. His research goal is to determine microscale mechanisms of tissue injury, remodeling, and repair, with insights that lead to novel diagnostic and therapeutic strategies. To achieve this objective, Dr. Raub’s laboratory is designed to merge tissue engineering, biomedical optics, and microfluidics. He received his Ph.D. in from the University of California at Irvine in 2009. As a postdoctoral researcher at the Keck School of Medicine, University of Southern California, he developed microfluidic assays for the detection of cancer mutations. He is President of the CUA/DC-area Chapter of the Society of Catholic Scientists.

Jonathan Stensberg is a Ph.D. student at the University of Pennsylvania studying Physics. His research employs nonlinear and ultrafast optics to study nontrivial topology and superconductivity in solid state materials.

Cara Westmark is Assistant Professor of Neurology at the University of Wisconsin at Madison. She received her Ph.D. in Biochemistry from the University of Notre Dame. Her field is neuroscience, especially the study of how synaptic function is affected by the over-expression of amyloid beta protein precursor (APP) and amyloid beta (Aβ) in Alzheimer’s disease, Down syndrome, and autism. In particular, she studies pharmaceutical and dietary interventions for the treatment of fragile X syndrome, a rare developmental disability on the autism spectrum.

The event will be held at St. Joseph's Preparatory School, which is located at 1733 W Girard Ave, Philadelphia, PA 19130. The school has its own large parking lot adjacent to the school, which will be available for attendees to the event. The school is ten minutes by Uber, Lyft, or taxi from 30th Street Station, Amtrak's main station in Philadelphia. Click here for directions. 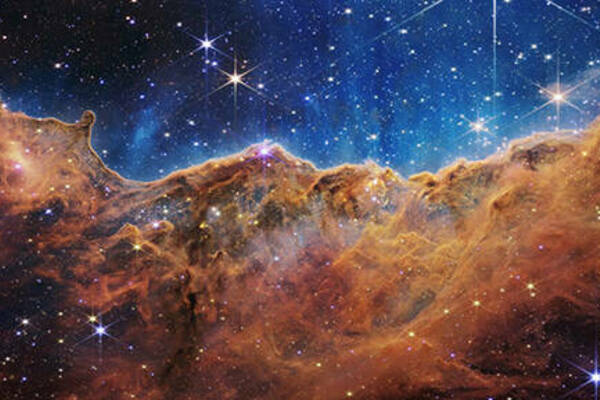