Creation and Evolution: Seeing the Harmony of Faith and Science 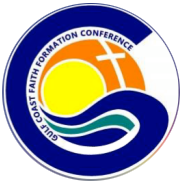 The McGrath Institute for Church Life at the University of Notre Dame and the Gulf Coast Faith Formation Conference invite educators to a day of learning and prayer with valuable insights for education, catechesis and evangelization at the crossroads of faith and science.

The greatest controversy in the relationship between faith and science centers around the theory of biological evolution. For over a century, American society has been the site of a great culture war, fought in print, from pulpits, in legal courts and even in politics regarding the compatibility of evolution and the Christian Faith, a war that still rages today. Is evolution the final nail in the coffin of Christian belief? Or, is evolution another example of God’s wisdom, love, and power, the “disguised friend of faith”? In this program, leading Catholic scientists and theologians will show how to make evolution an opportunity, not an obstacle, for Catholic education and Christian formation.

Teachers and administrators will better understand how to creatively unite faith and science in their approach to catechesis about Creation and evolution.

Daniel Kuebler, Ph.D., "Creation and Evolution, Chance and Purpose: A Catholic Perspective." For some, the scientific theory of evolution is seen as incompatible with a God who has knowingly and purposely fashioned us. At its root, this stems from an inability to reconcile the chance events inherent in an evolutionary process with the notion of a divine plan for creation. However, if one examines the science of evolution properly, the theory can reveal the order inherent in creation. As Pope Benedict has stated, creation and evolution represent “two complementary—rather than mutually exclusive—realities.” Together the two can provide a holistic picture of what it means to be human.

Christopher Baglow, Ph.D., "The Widest Wisdom: Believing the Christian Doctrine of Creation.” “I believe in one God, the Father Almighty, Creator of heaven and earth…” All Catholics profess these words every Sunday but often are not aware of the way that Church has taught us to understand them. In light of evolutionary theory and the advances of biology, do we still believe in divine creation? In this talk, Chris Baglow will demonstrate that, contrary to New Atheist propaganda, the Church’s teaching remains as relevant today as always.

Sr. Damien Marie Savino, F.S.E., “Evolution, Ecology, and Faith: What is Man that You are Mindful of Him.” In this session, Sister Damien Marie Savino, FSE, will speak about how teaching evolution and ecology in Catholic schools can lead students to a deeper understanding of what it means to be human and of what their special vocation is in the created world.

Cory Hayes, Ph.D., " Evolution, Human Origins, and the Human Soul."  In this presentation, Dr. Hayes puts into dialogue the best data available from evolutionary biology and paleoanthropology with Catholic teaching on human origins and the soul.  Dr. Hayes engages questions regarding the potential implications that evolution has for our understanding of Adam and Eve, original sin, and ensoulment in terms of Catholic dogmatic theology and scholastic philosophy.

Stacy Trasancos, Ph.D., "Particles of Faith.” Science is a search for truth. Stacy Trasancos, author, chemist, and educator, will tell the story of her comeuppance standing before an old gingko biloba tree during her time researching artificial photosynthesis in a university laboratory. Totally into the atheistic, feminist worldview of a nonbeliever, a view that told her science had all the answers, she sensed that something--or rather Someone--was behind the design in nature. In her book, she says, "Granting assent to the articles of faith was the most satisfying leap I ever made as a scientist and, more importantly, as a person." The particles of science led her to the articles of faith.

Jordan Haddad, Ph.D. (Cand.), "Science and the Saints: Evolution and Faith in St. John Henry Newman and St. John Paul II.” It is often assumed by Catholics that biological evolution is either irreconcilable with Catholic doctrine or that it has only been accepted begrudgingly by the Church. Neither, however, is the case. In this presentation, Prof. Jordan Haddad will dispel these erroneous assumptions through a presentation featuring two of the Church’s greatest thinkers, Pope St. John Paul II and the newly canonized St. John Henry Newman. By seeing the theory of evolution through the eyes of these two masters, Haddad will show that not only is the theory of evolution not an obstacle to the Catholic faith but that it is also capable of enriching our understanding of both God and the human person.

Dr. Kuebler is a Professor of Biology and the Chair of the Biology Department at Franciscan University in Steubenville, Ohio where he teaches courses on evolution, cell physiology, and neurobiology, as well as maintaining an undergraduate research laboratory that investigates seizure disorders. He is the co-author of The Evolution Controversy: A Survey of Competing Theories (Baker Academic, 2007), a resource for cutting through the competing agendas to gain an unbiased understanding of the scientific issues involved in the debate surrounding evolution.

Director of the Science and Religion Initiative
McGrath Institute for Church Life, University of Notre Dame

Chris Baglow is the Director of the Science and Religion Initiative of the McGrath Institute for Church Life at the University of Notre Dame, where he creates and directs programming that assists Catholic leaders in bringing the Catholic faith and modern science into dialogue for the sake of the New Evangelization. He has led programs of academic integration at two Catholic high schools, including the STREAM Program at St. Mary's Dominican H.S. in New Orleans, LA. In 2011-2014 Baglow directed the Templeton-funded Steno Learning Program in Faith and Science for Catholic Secondary Educators (SLP), a week-long seminar experience for Catholic science and religion teachers. Baglow is the author of Faith, Science, and Reason: Theology on the Cutting Edge (Midwest Theological Forum, 2nd ed. (2019)).

Prof. Cory Hayes is a professor of Philosophy and Theology at St. Joseph Seminary College in Covington, LA.  He holds a Ph.D. in Systematic Theology from Duquesne University in Pittsburgh, PA. He has also pursued studies at the Gregorian and Angelicum Universities in Rome, Italy.  He and his wife Jennifer have been married for 16 years, and they have 8 children whom they homeschool.

His research and teaching interests include Byzantine and Eastern Christian theology, philosophy of nature, and the relation between theology, philosophy, and empirical science.  He is a facilitator at Foundations New Orleans, a week-long seminar program for Catholic science and theology teachers sponsored by the McGrath Institute for Church Life at the University of Notre Dame.

Sr. Damien is the Dean of Science and Sustainability at Aquinas College in Grand Rapids, Michigan. In this position she oversees the Biology, Chemistry, Physics, Geography and Environmental Studies departments and the college’s Center for Sustainability. She is also a member of the Franciscan Sisters of the Eucharist.

Stacy A. Trasancos is executive director of the St. Philip Institute of Catechesis and Evangelization in the Diocese of Tyler. She is a fellow for Bishop Robert Barron’s Word on Fire Institute and teaches theology at Seton Hall University and science at Holy Apostles College and Seminary. Trasancos is the author of Particles of Faith, Science Was Born of Christianity, and 20 Answers: Bioethics. She has written numerous articles for publications including National Catholic Register, Catholic World Report, St. Austin’s Review, and Catholic Answers. Trasancos has appeared on Salt + Light Television, SiriusXM’s The Catholic Channel, Relevant Radio, Redeemer Radio, Ave Maria Radio, Radio Maria, EWTN radio, and Catholic Answers Live.

Jordan Haddad is the Director of Lay Ministry Programs and Lay Formation, as well as Associate Professor of Dogmatic Theology, at Notre Dame Seminary in New Orleans, Louisiana. He is originally from Houma, LA, and is a former high school assistant campus minister and theology teacher. Jordan has published articles on faith and science, the theology of Joseph Ratzinger, the lay vocation, Flannery O’Connor, and St. Bonaventure.