Science and Faith at the Crossroads: Catholic Academic Integration 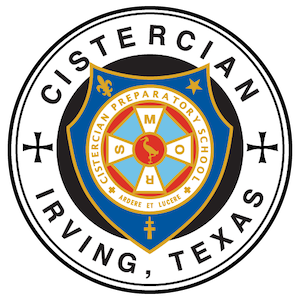 The McGrath Institute for Church Life at the University of Notre Dame and Cistercian Preparatory School invite teachers to a 1-day workshop where participants will gain valuable insights for teaching at the interface of science and religion. 6 professional development hours are offered.Thursday, August 12, 2021: Irving, TX

Plenary Keynote 1: "The Catholic Church and Science: Overcoming the Myth of Conflict" - Stephen Barr, Ph.D.
Professor Barr will argue that the supposed conflict between science and religion has really been a conflict between “scientific materialism” and religion. He will show that the science-versus-religion myth is based on misunderstandings of Christian belief, an outdated view of scientific history, and a skewed interpretation of what science has actually discovered about the universe.  After clarifying some key theological concepts, he will tell the story of the relation between Christianity and science, including some dramatic facts that are relatively little known. He will then discuss several discoveries of the twentieth century, primarily in physics, and argue that they are more in line with the traditional Jewish and Christian view of the cosmos and of human beings than with materialist philosophy.

Plenary Keynote 2: "Creation & Evolution, Chance & Purpose: A Catholic Perspective" - Daniel Kuebler, Ph.D.
Dr. Kuebler's presentation argues for the compatibility of the scientific theory of evolution and the theological doctrine of creation. It focuses particularly on the interplay between order and chance that is observed in evolutionary science and emphasizes the distinction and compatibility between theological and biological explanations of what it means to be human.

André Polaniecki, Ph.D.: "The Four Hearts of a Sportsman"
John Paul II was an accomplished sportsman, faithful follower of Christ, and patriotic son to his native Poland. The personal witness of Karol Wojtyła as philosophy student, priest, professor, writer, and bishop eventually led to his election as Pope John Paul II. Among his many accomplishments were over 100 discourses on sport throughout his pontificate, from brief comments to visiting sporting delegations to a beautiful homily during the mass for the Jubilee of Sport in 2000. According to John Paul II, sport was an arena where virtue formation and education could take place. This presentation explores the “four hearts” of John Paul II, the sportsman: a young heart, a coaching heart, a heart for others and a heart for Christ. His life and writings help to articulate sport as metaphorical, formational, evangelical or missionary, and redemptive.

Chris Baglow, Ph.D.: "The Bridge of San Luis Rey"
In this seminar, participants will read and discuss Thornton Wilder’s The Bridge of San Luis Rey, which faces the reality of tragedy, of chance catastrophe, and how to understand the Christian doctrine that, as St. Paul says in Romans 8:28, “We know that in everything God works for good with those who love him, who are called according to his purpose.” What purpose could there be in God permitting evil and suffering? And how can literature draw readers into a deeper perspective on tragedy that moves beyond appearances toward faith in God?

Cory Hayes, Ph.D.: "Modern Science, The Church and The Galileo Affair"
Beginning with Copernicus and ending with St. John Paul II, Dr. Cory Hayes will examine the trials of Galileo, the major players involved and the issues that were at play in his 1633 condemnation by the Inquisition for the sake of overcoming misconceptions and deepening our understanding of the lessons it has for us today.

Steve Barr, Ph.D.: "Fearful Symmetries"
One of the most ancient and traditional arguments for the existence of God is based on the order found in the cosmos and the lawfulness of nature. Prof. Barr will trace this argument from Scripture, through the theologians of the early Church, up to our own day, examining  the question from the perspective of modern science.

Through the generous support of the John Templeton Foundation, Cistercian Preparatory School, and the McGrath Institute for Church Life at the University of Notre Dame, this Institute Day is free for teachers who register by Monday, August 9, 2021.

REGISTER FOR THE INSTITUTE DAY

Chris Baglow, P.h.D., is Professor of the Practice in the Department of Theology at the University of Notre Dame and the Director of the Science and Religion Initiative of the McGrath Institute for Church Life, where he creates and directs programming that assists Catholic leaders in bringing the Catholic faith and modern science into dialogue for the sake of the New Evangelization.  He has led programs of academic integration at two Catholic high schools, including the STREAM™ Program at St. Mary's Dominican H.S. in New Orleans, LA. In 2011-2014 Baglow directed the Templeton-funded Steno Learning Program in Faith and Science for Catholic Secondary Educators (SLP), a week-long seminar experience for Catholic science and religion teachers. Baglow is the author of Faith, Science and Reason: Theology on the Cutting Edge, 2nd ed. (Midwest Theological Forum, 2019). Professor Baglow is a member of the executive board of the Society of Catholic Scientists and serves as chair of its Theological Advisory Board.

Stephen M. Barr, P.h.D., is President of the Society of Catholic Scientists and Professor Emeritus of theoretical particle physics at the University of Delaware. His research has centered mainly on “grand unified theories” and the cosmology of the early universe.  In 2011, he was elected to be a Fellow of the American Physical Society “for his original contributions to grand unification, CP violation, and baryogenesis”.  He writes and lectures extensively on the relation of science and religion.  He is the author of Modern Physics and Ancient Faith (Univ. of Notre Dame Press, 2003) and The Believing Scientist: essays on science and religion (Eerdmans, 2016). Professor Barr was elected in 2010 to the Academy of Catholic Theology and was awarded the Benemerenti Medal by Pope Benedict XVI. He is the founder and president of the Board of Directors of the Society of Catholic Scientists.

Dr. Dan Kuebler, P.h.D., is a Professor of Biology and Chair of the Biology Department at Franciscan University in Steubenville, Ohio where he teaches courses on evolution, cell physiology, and neurobiology, as well as maintaining an undergraduate research laboratory that investigates seizure disorders. He is the co-author of The Evolution Controversy: A Survey of Competing Theories (Baker Academic, 2007), a resource for cutting through the competing agendas to gain an unbiased understanding of the scientific issues involved in the debate surrounding evolution.

Cory Hayes, P.h.D., is a professor of Philosophy and Theology at St. Joseph Seminary College in Covington, LA.  He holds a Ph.D. in Systematic Theology from Duquesne University in Pittsburgh, PA.   His research and teaching interests include: Byzantine and Eastern Christian theology, Philosophy of Nature, and the relation between Catholic theology, philosophy, and empirical science.  He and his wife Jennifer reside in Covington and they have 8 children.

André Polaniecki, P.h.D., is an adjunct instructor and academic advisor at Holy Cross College.  For the past several years, she has taught “Theology and Sports” in the Saints & Scholars Summer Theology Institute at Holy Cross.  André also oversees compliance responsibilities for Holy Cross’s varsity sports as the faculty athletics representative.  The Louisiana native was a student-athlete at Notre Dame and a high school religion teacher while living in New Orleans.  She has a Master of Religious Education and recently defended her Leadership dissertation “The Sportsman’s Pope:  John Paul II’s Writings on Sport.”  André and her husband Andrew (who is the Dean of Students at Holy Cross College) reside in South Bend with their five children (Gabriel, David, Leo, Agnes and Matthew).