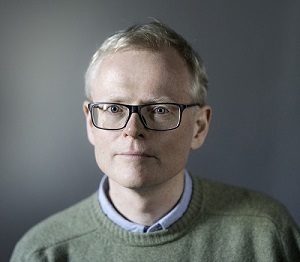 Pulitzer-Prize winning journalist Ian Johnson has lived in China for more than 20 years, following the country's search for values, faith, and new ways of organizing society. For more than a hundred years, China embarked on a movement of forced secularization, with most religions heavily persecuted or banned. But religion is now back at the center of Chinese society and politics, with the country awash with new temples, churches, and mosques - as well as cults, sects, and politicians trying to harness religion for their own ends. Churches are being demolished and Muslims forced to attend reeducation camps, while the government is also promoting Buddhism and folk religion. How to reconcile these contradictory claims?

Ian Johnson is a Pulitzer-Prize winning writer focusing on society, religion, and history. He works out of Beijing for The New York Times, The New York Review of Books, and other publications. He teaches undergraduates at The Beijing Center for Chinese Studies, and has served as an advisor to academic journals and think tanks, such as the Journal of Asian Studies, the Berlin-based think tank Merics, and New York University's Center for Religion and Media. In 2018, he was accepted as a doctoral candidate at Germany's Leipzig University, where he is writing a thesis on Chinese religious groups and their relationship to the state. For more information on Ian Johnson, visit his website: http://www.ian-johnson.com/bio.

Sponsored by the McGrath Institute for Church Life and the US-China Catholic Association. The lecture is free and open to the public. Light reception to follow.