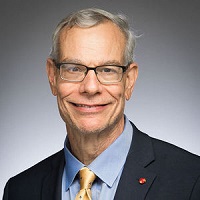 A member of the Notre Dame faculty since 1990, Cavadini specializes in patristic and early medieval theology, the theology of Augustine, and the history of biblical and patristic exegesis. The author of several theological books, he also writes essays, articles, and reviews in popular journals and is frequently called upon by Church leaders, ministers and teachers to talk on these subjects.Recent publications include Visioning Augustine, Pope Francis and the Event of Encounter, which he edited with Donald Wallenfang; Mary on the Eve of the Second Vatican Council, edited with Danielle M. Peters, and the essay, “The Kingdom of Irony: Augustine, Sin, and Dante’s Inferno” in Dante, Mercy, and the Beauty of the Human Person.

In 2009, he was appointed by Pope Benedict XVI to a five-year term on the International Theological Commission. The commission, whose membership is personally reviewed and appointed by the pope, consists of some 30 theologians from around the world who advise the Vatican’s Congregation for the Doctrine of the Faith. Cavadini has served as a consultant to the USCCB Committee on Doctrine since 2006 and was also named by Pope Benedict to the Order of the Knights of St. Gregory the Great.

As Director of the McGrath Institute for Church Life, he inaugurated the Echo program in catechetical leadership, the Notre Dame Vision program for high school students and is responsible for the continued growth and outreach of the McGrath Institute, which partners with Catholic dioceses, parishes and schools to address pastoral challenges with theological depth and rigor.

Cavadini is the recipient of the 2018 Association of Catholic Colleges and Universities' Monika K. Hellwig Award for outstanding contributions to Catholic intellectual life.