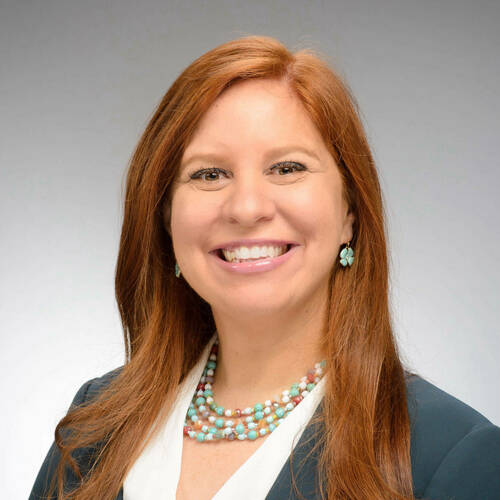 As the Program Director of the Thriving in Ministry Initiative supported by Lilly Endowment Inc., Katherine works to prepare pastoral leaders for long-term ministry in the Church and also directs the Bishop John M. D'Arcy Program in Priestly Renewal.

Born in Mexico and raised in Colombia, Katherine received a B.A. in Modern Languages in 2000 from King College in Tennessee and a M.A. in Pastoral Ministries in 2005 from St. Thomas University. She has more than 22 years of experience in youth ministry. She began as a Youth Minister at St. Mary's Church in Johnson City, Tennessee, where she later became the Director of Pastoral Ministries. After nine years, she became the Director of Youth Ministry for the Diocese of Raleigh. Before coming to the McGrath Institute, Katherine served for four years as the Associate Director of Youth Ministry at the Office of Formation and Discipleship for the Archdiocese of Atlanta. Angulo was the creator and Editor of The Mark, a Catholic teen magazine, and the Executive Producer of the volunteer training program, Called to Accompany/Llamados a Acompañar. She was part of the Board of Directors for the National Federation for Catholic Youth Ministry (NFCYM) and Board of Advisors for the Lilly Endowment in Thriving in Ministry Initiatives.

Katherine lives in Granger, Indiana. She takes every opportunity to travel to new places but always makes it a priority to visit her family in Tampa and Bogota.